API Awards Innovator of the Year

It's my pleasure to congratulate my co-founder, CEO, and friend, Adam Leventhal, for being named the API World Innovator of the Year. 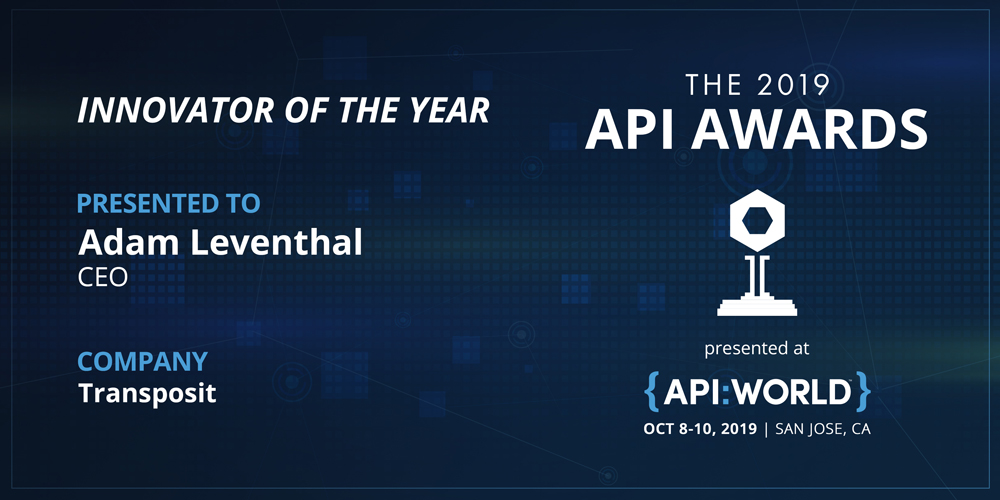 It's my pleasure to congratulate my co-founder, CEO, and friend, Adam Leventhal, for being named the API World Innovator of the Year. With his partnership and leadership, we've built some incredibly cool technology at Transposit, changing the way developers build with APIs. I'm very proud of Adam, of the whole Transposit team, and of all we've built together.

I met Adam at Sutter Hill Ventures where we were both EIRs, looking for the right intersection of market opportunity and technical insight. While our careers had run on parallel tracks, we bonded first over shared values, and later our complementary skills and experience. In Transposit, we found a technology domain that needed both of those foundations. Adam has spent his career with enterprise systems and data while I've built scale architecture and applications at some of the world's biggest consumer companies. Transposit melds those as developers and companies build applications that need to achieve the best of both worlds.

We are very honored to have Adam and Transposit be part of this group of amazing organizations and people who are doing great things in the API and microservices world, and we look forward to seeing you all at API World in October.

Sign up for Transposit, and try it for yourself.