After you have created your script, added triggers, and added actions, you are ready to run it.

To try out your scripts while you are creating them, or to execute them as a script user, click Run, as shown below.

Running a Script in Slack#

Depending on how Transposit has been set up, a new Slack channel can automatically be created once an activity is created.

In the Slack channel, you can find the scripts available to be run from Slack after typing the /tt run command.

Then type /tt run followed by the slug defined for the script, such as /tt run HELLOWORLD.

Instead of running scripts manually, you can add triggers so that based on the conditions you set, your script will run automatically.

When you run a script, you can see whether it succeeds, fails, or is in progress, by the green, red, and purple coloring.

In addition, use the drop-down to see the outcome of previous script runs.

Follow the timeline that is shown to track the progress of your script and to provide input as specified by the actions defined in the script. 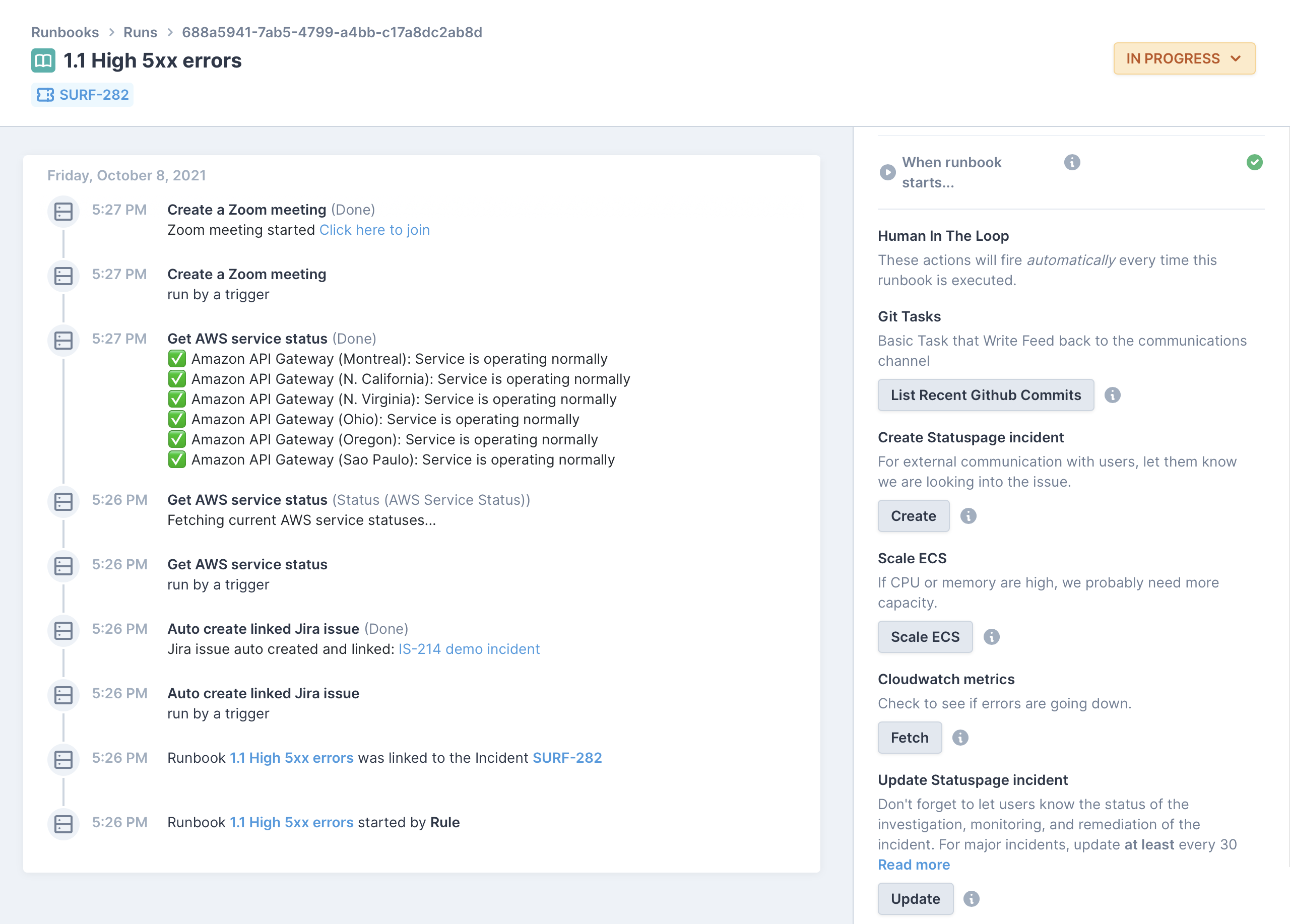 As defined in the script: