Join us next week for a fireside Zoom chat with Niall Murphy, co-author of the Google SRE books and Azure SRE lead and Tina Huang, CTO and co-founder of Transposit. 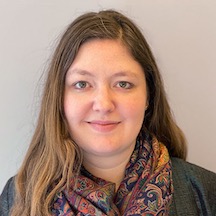 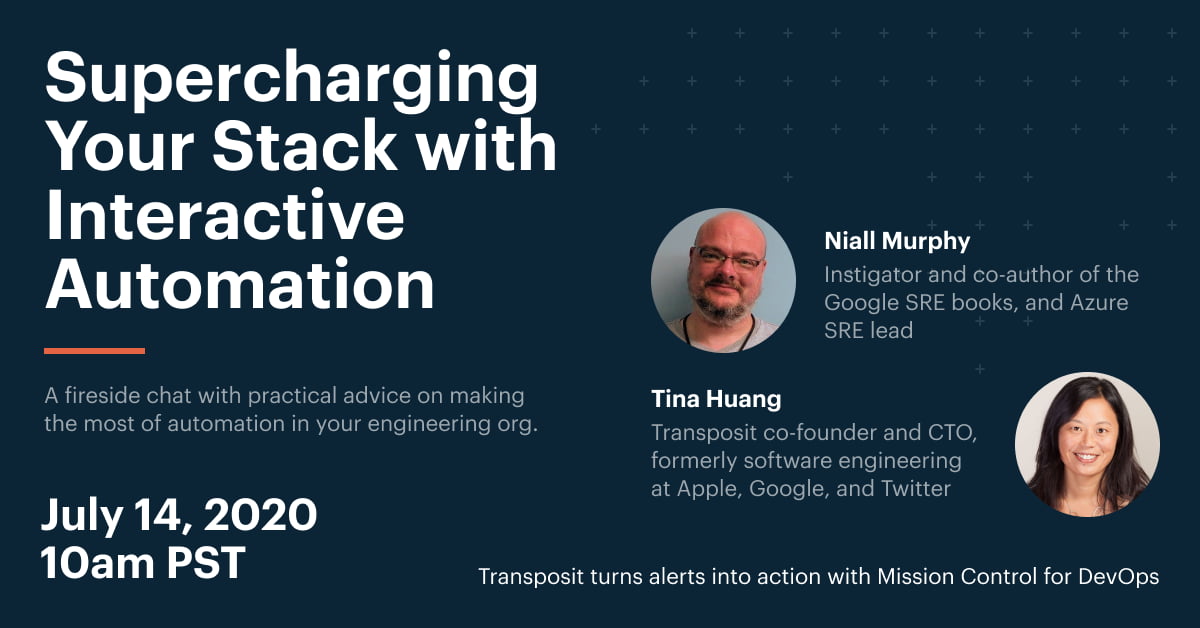 Join instigator and co-author of the Google SRE books, and Azure SRE lead, Niall Murphy, and Transposit co-founder and CTO, Tina Huang, for a fireside chat about how to make the most of automation in your engineering org. Niall and Tina will discuss real-world examples of how engineering teams across DevOps, SRE, and IT can introduce more automation to their stacks, while keeping humans in the loop at key decision points for maximum uptime, increased reliability, and faster resolution.

Join us by signing up here.

Niall Murphy works in Azure Site Reliability Engineering (SRE) from Microsoft’s Dublin, Ireland office. He helps teams across the world to look after critical components of the Azure cloud. He has worked in Internet infrastructure since the mid-1990s, is the author/co-author of numerous best-selling and award-winning books (Site Reliability Engineering most notably), and is probably one of the few people in the world who holds degrees in Computer Science, Mathematics, and Poetry Studies. He lives in Dublin, Ireland, with his wife and two special needs children.

Tina Huang is the co-founder and CTO of Transposit. As a software engineer, Tina built infrastructure, services, and frameworks at tech giants Apple, Google, and Twitter. She was also a founding engineer at Sigma Computing and an EIR at Sutter Hill Ventures.