From this release onwards, you’ll receive announcements of new features and enhancementsa directly in Transposit. 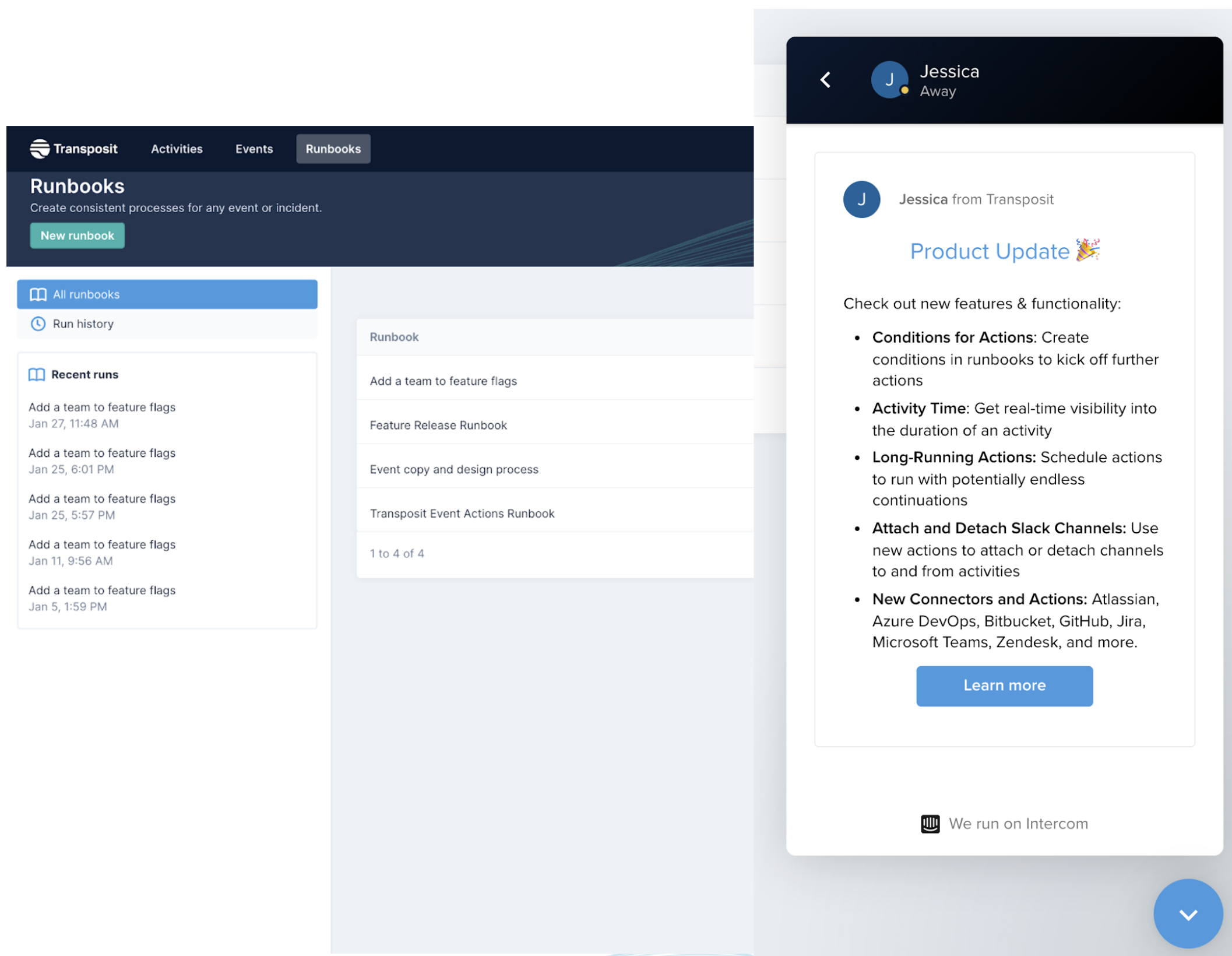 In the lower right corner, you can show or hide the announcement feature, which will also provide tours of Transposit, as well as other tips and insights, which you can refer to in addition to the docs at transposit.com/docs.

New actions have been developed for: 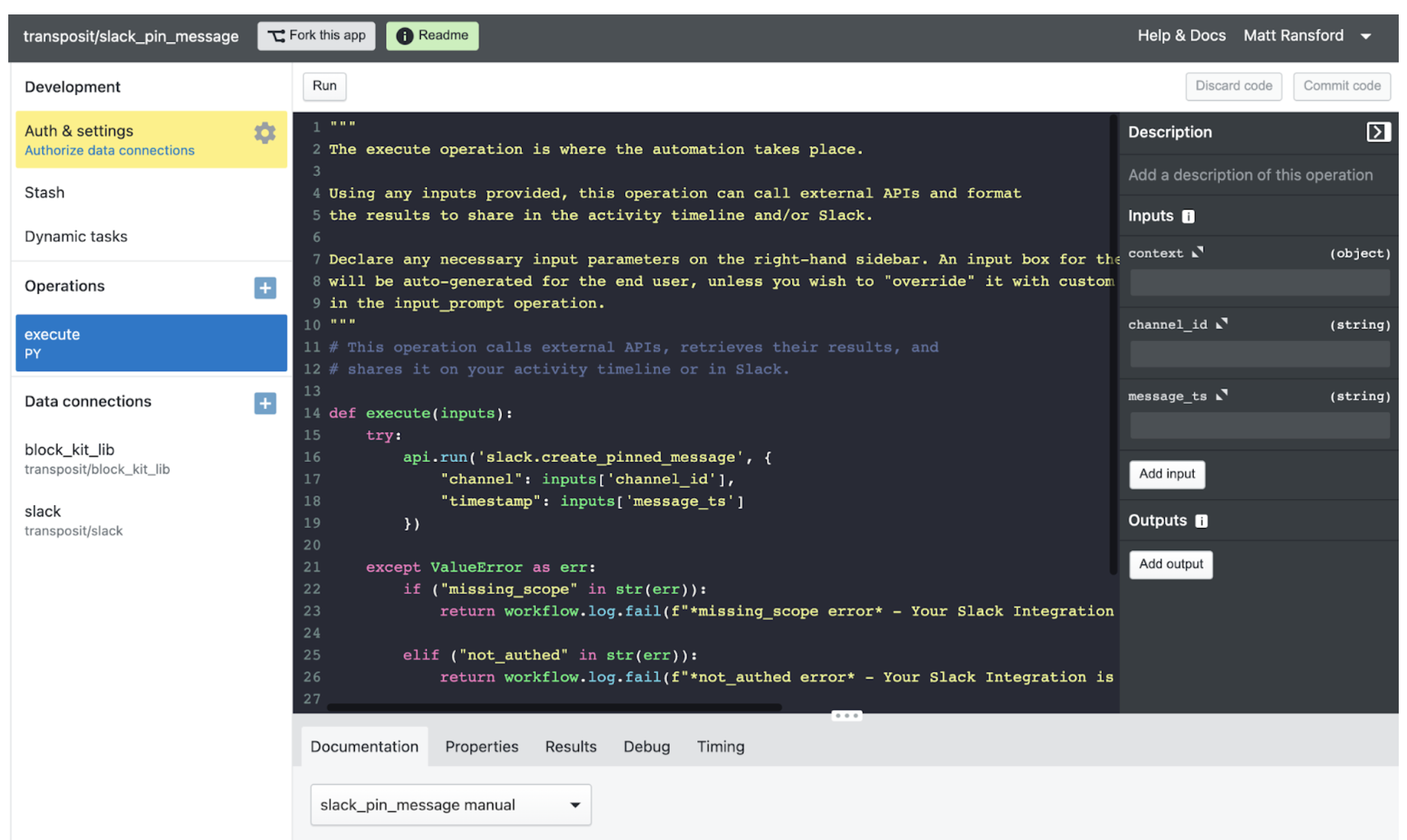 The following actions have been upgraded to be long-running, using the new long-running support introduced last month: 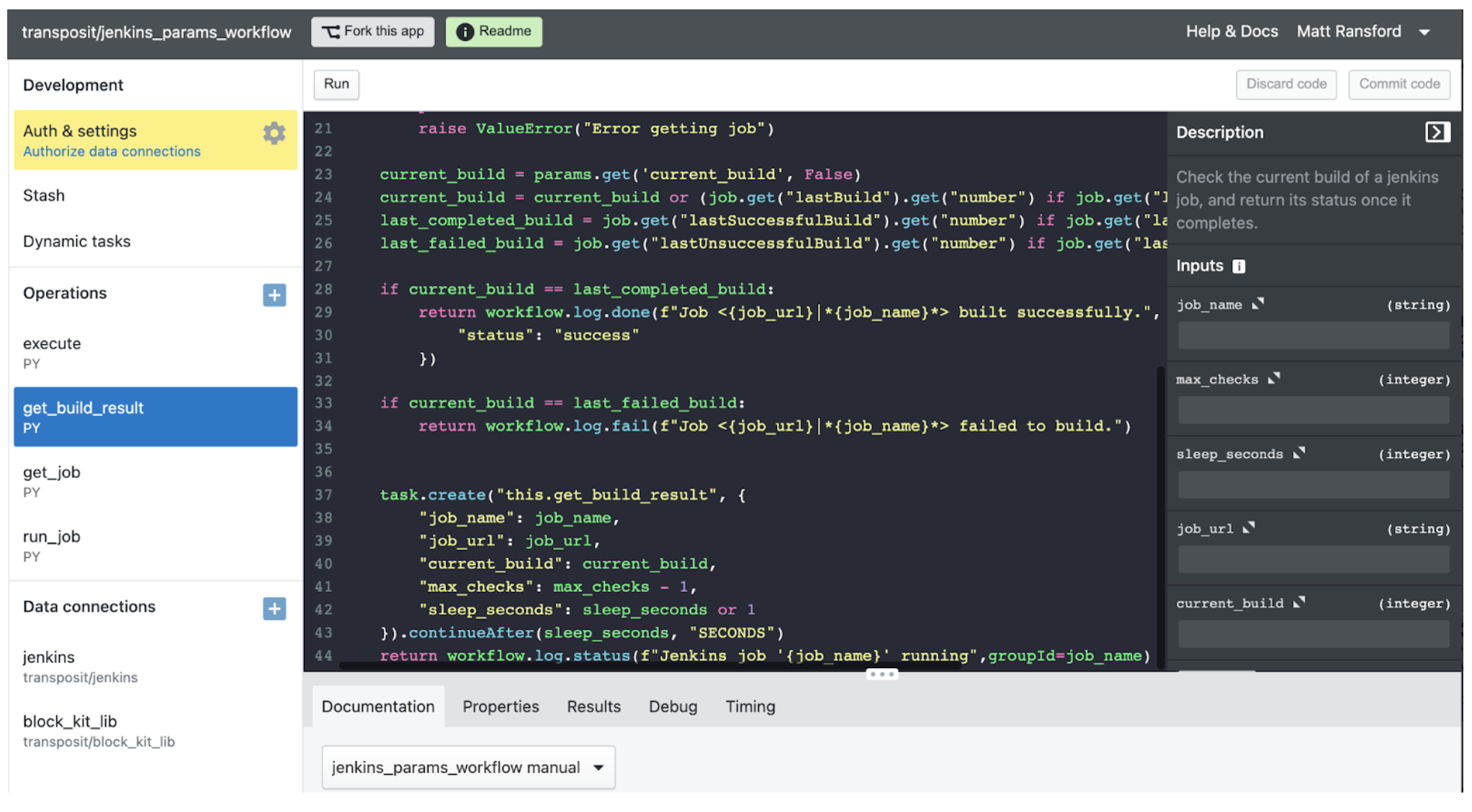 New connectors are now available for:

We’ve made several enhancements to runbooks and the actions you execute within them.